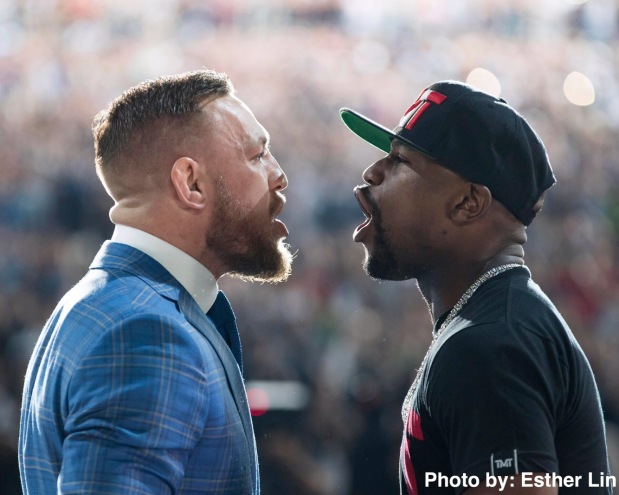 As expected they did it again, In a pro McGregor crowd (again), they didn’t disappoint with verbal jabs being thrown at each other and it went as far as Mayweather being given an Irish flag from someone in the crowd and him wearing it around his back.

Connor getting heated with what Floyd might do with it and even threatening to pummel him on stage if he so disrespected it. As Money Mayweather got the flag, the Irish mixed martial artist picked up the undefeated boxer’s backpack reaching inside and pulling out cash along with the blabbing of more trash talk.

So.. Who took Toronto?