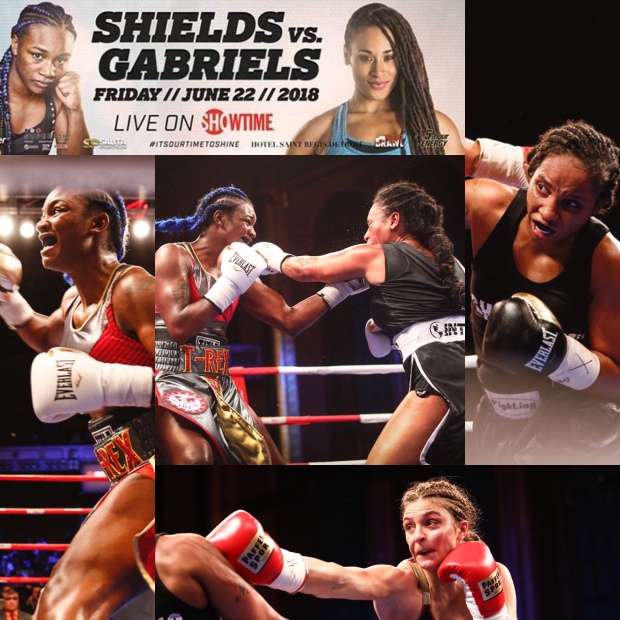 This past weekend was an action packed card that was broadcast on Showtime live from the Masonic Temple in Flint, Michigan.

The card opened up with Umar Salamov knocking out Brian Howard in the 9th round out of a 10 round fight. 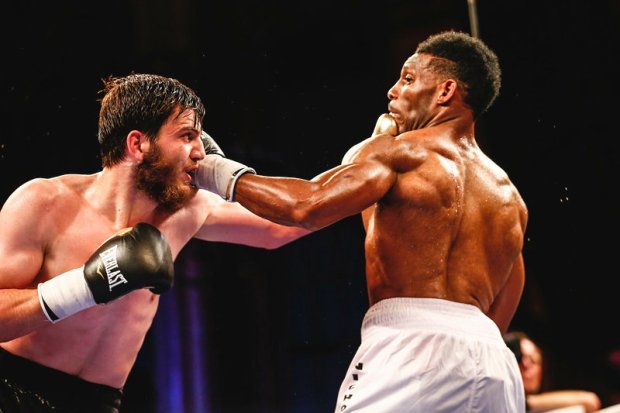 The co-main and main events were headlined by women in very exciting fights, even those who don’t like female boxing would be impressed.

This card had all the ingredients for great fights and they certainly delivered.

The Detroit native is making big strides for female boxing as she continues her winning streak (6-0). Claressa went down in weight to meet Hanna Gabriels half way at 160 lbs to compete for the vacant IBF and WBA titles. In round 1 Gabriels knocked down Shields by a right uppercut that in some way I think made Claressa focus more at what and who was in front of her. Claressa is getting better with every fight in her young professional career and she’ll learn from every fight as she continues her quest to become the “G.W.O.A.T.” (Greatest Woman of all Time).

In her U.S. debut, WBC/WBO World Champion Christina Hammer impressed viewers by putting on a clinic against Tori Nelson. Standing at 5’11” the German fighter knows how to use her length and height to her advantage and still get in work with several punch combinations. Using the jab was a great weapon to control the range between her and her opponent. Hammer is a very skilled boxer and gained fans last Friday as a heated exchange between Shields and herself post Shields’ fight got eyeballs. The two champions have gone back and fourth about wanting to fight each other and I’m sure they eventually will very soon. 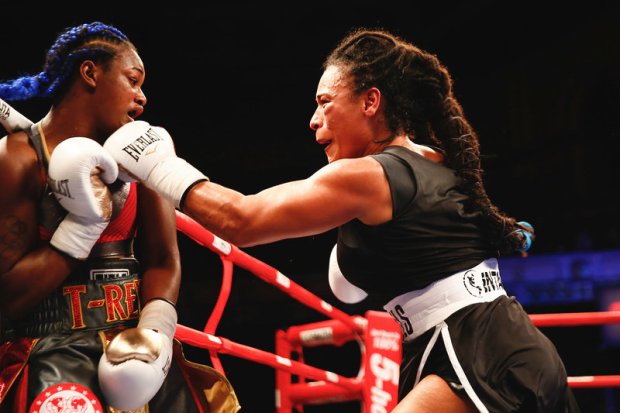 The 154 two time World Champion went up 6 pounds to meet Claressa Shields halfway to compete for the vacant titles and proved to be Claressa Shields’ most challenging opponent to date. With scoring a first round knockdown against Shields, the Costa Rican boxer went in to do what she set out to do and that was to start aggressive and keep up the momentum. The fight between Shields and Gabriels had to be one of the best female boxing matches I’ve seen up to date. Gabriels traded with Claressa all night and made for a very entertaining fight. Both visitors from outside the U.S. made more fans last Friday and I’m sure we’ll see them fight again. 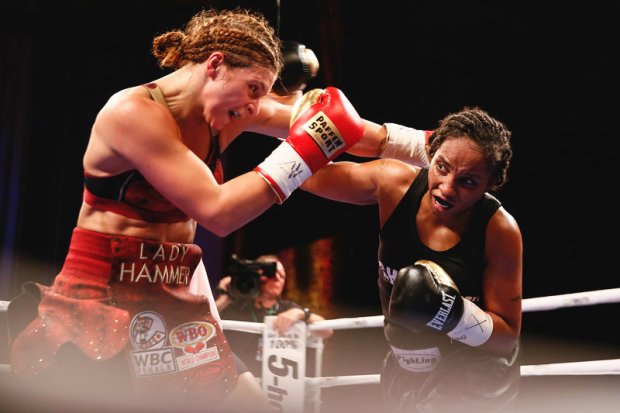 My hat goes off to Tori Nelson as she is a grandmother, works as a waitress at a restaurant and is a professional boxer. Tori Nelson has never gone down or has been stopped, and at 41 years old she is still fighting the best fighters in the world. Nelson is a grinder and is the definition of a hard worker. Her fight against Hammer and Claressa were admirable and she fought with heart and she still poses a threat to any fighter she faces next as she has the heart and stamina to go all rounds.